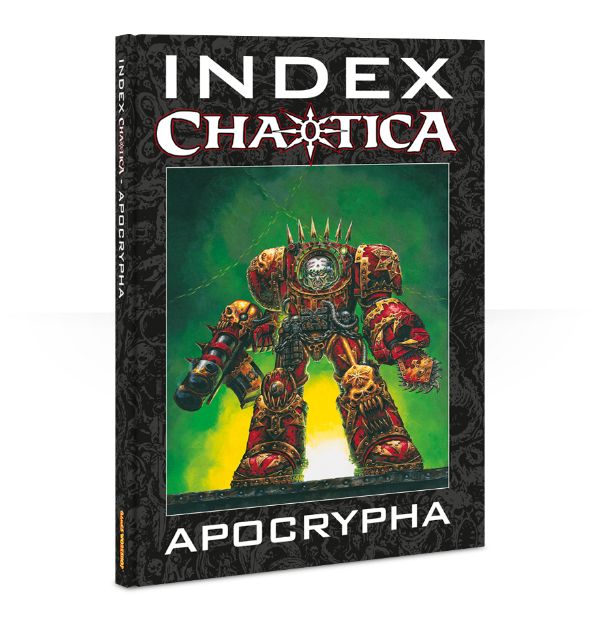 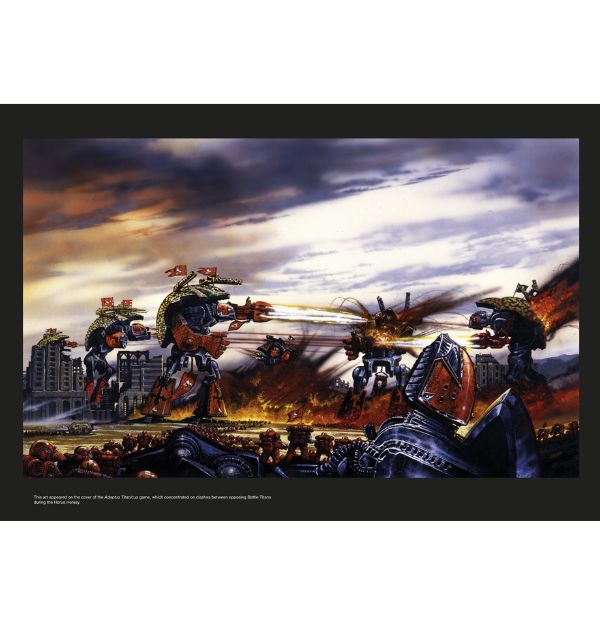 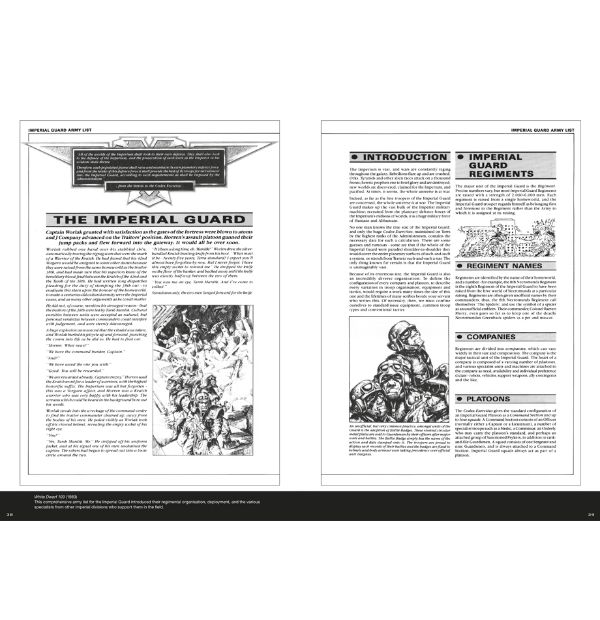 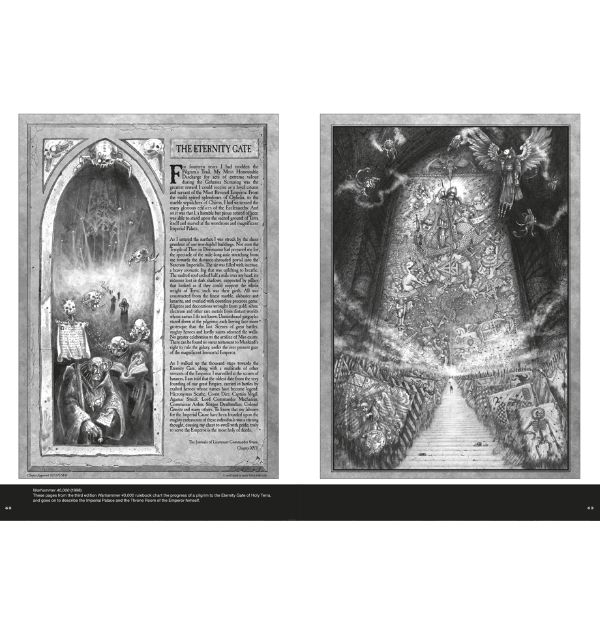 A fascinating look at the history of Chaos in Warhammer 40,000, the 136-page hardback Index Chaotica: Apocrypha brings together a collection of the most ancient and heretical texts the galaxy has ever laid terrified eyes upon. These articles, taken from early issues of White Dwarf and previous editions of Warhammer 40,000, include the original descriptions of the Dark Gods of Chaos, as well as the Daemons and Traitor Legions who serve them. You’ll discover the origins of this insidious threat to Mankind’s survival, and see how their miniatures, wargear and gameplay have evolved in the decades since their unveiling.

Amongst the articles included:

- early accounts of the Horus Heresy, the Traitor Legions and Warp Space;
- original depictions of the Daemons of each Chaos God from the Realm of Chaos books;
- classic fiction establishing the Long War fought by the followers of Chaos;
- accounts of the Daemon Engines of the Dark Gods, from White Dwarf;
- the original descriptions of the Traitor Legions;
- concept sketches, early artwork and first mentions of infamous characters, such as Fabius Bile and the Traitor Knights of House Devine;

and much, much more! This is an essential addition to the collection of anyone interested in the lore of Chaos in Warhammer 40,000.