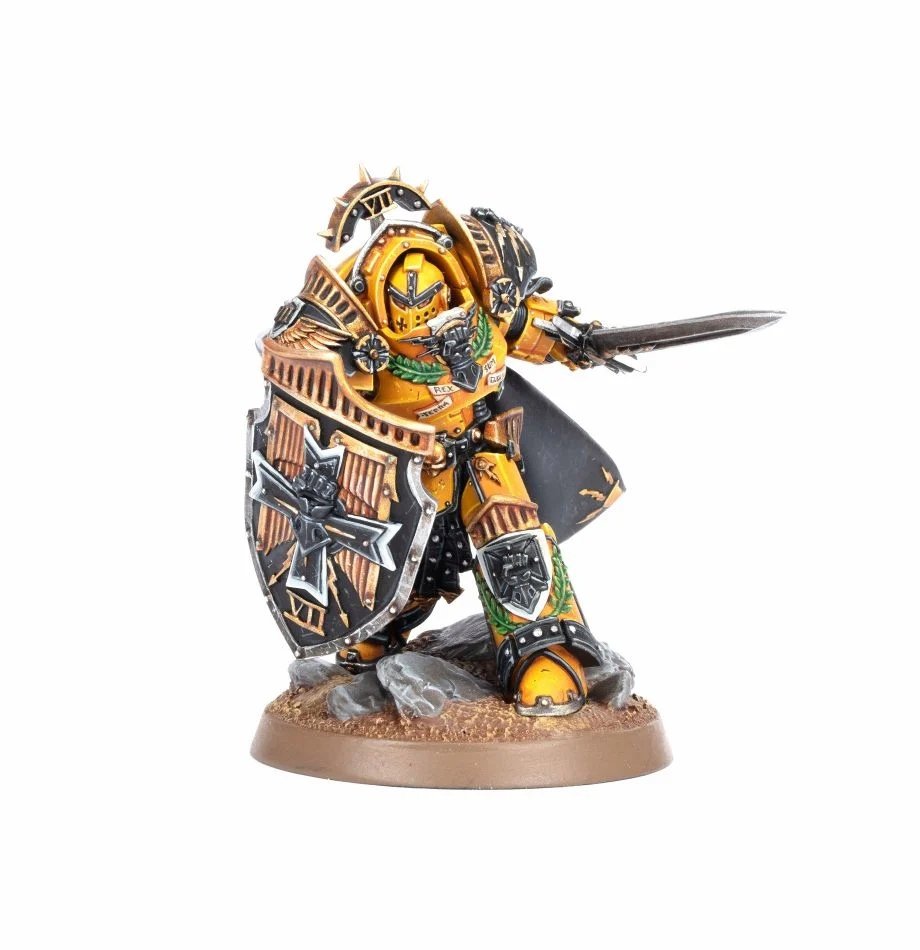 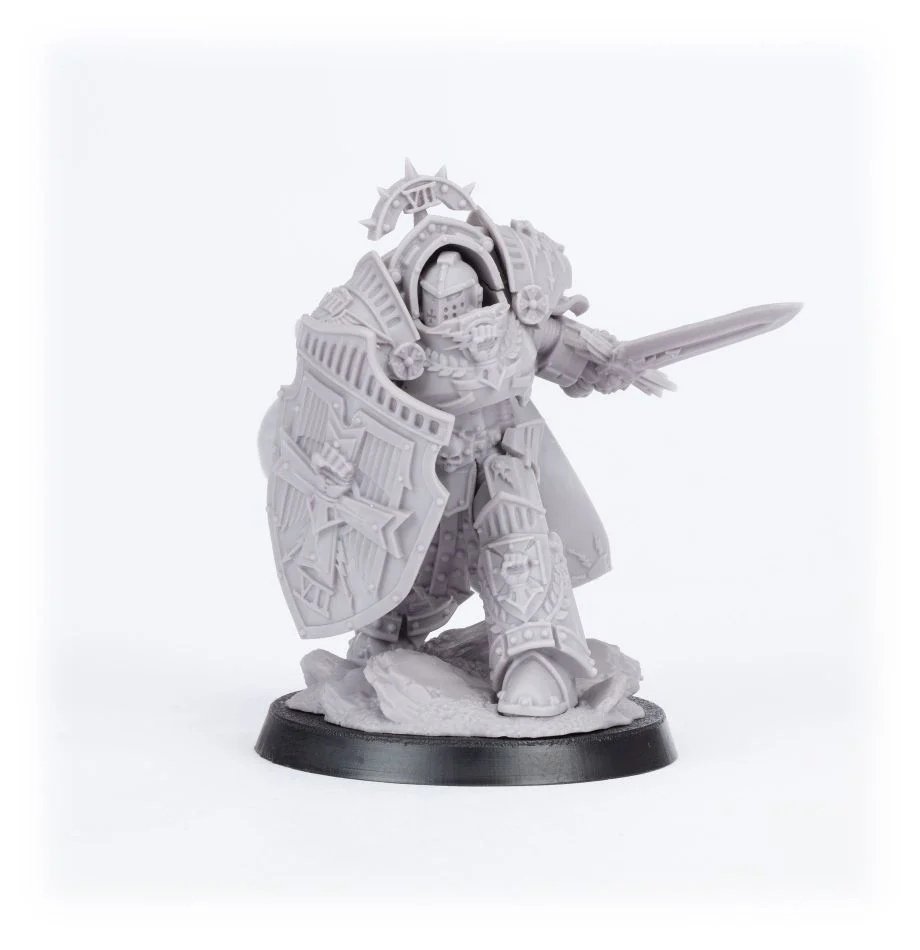 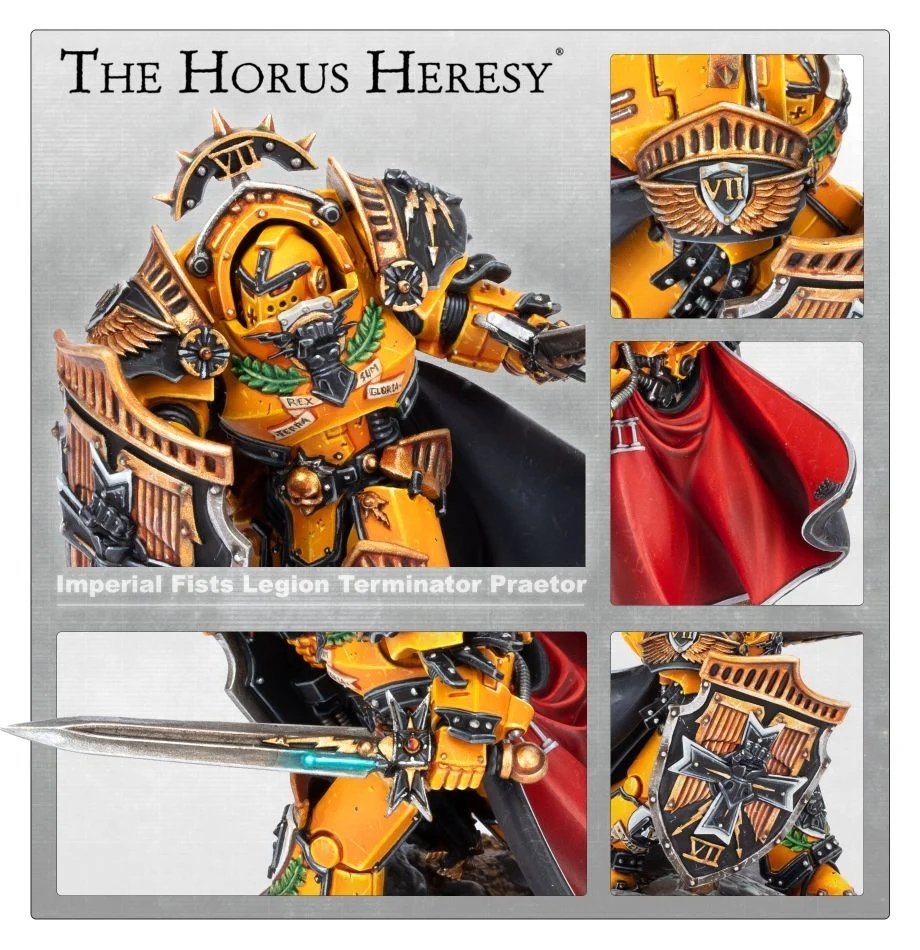 Command your Legion with this mighty new Praetor in Terminator armour, designed to fit in with your Imperial Fists collection.

Hardened by years of combat and command, Praetors are veteran Space Marines who are second only to their Primarch in combat ability and tactical nous. Only the most decorated of these select few are gifted a suit of Terminator armour to wear into battle.

This set allows you to build one Imperial Fists Praetor to lead your army. This warrior is bedecked with near-impenetrable Cataphractii pattern Terminator armour, which is adorned with a host of details that represent this commander's association with the Templar Brethren. This model comes armed with a Vigil pattern storm shield, large enough to protect even the Terminator armour's bulk, and a power sword.

This miniature is supplied unpainted and requires assembly – we recommend using Citadel paints.