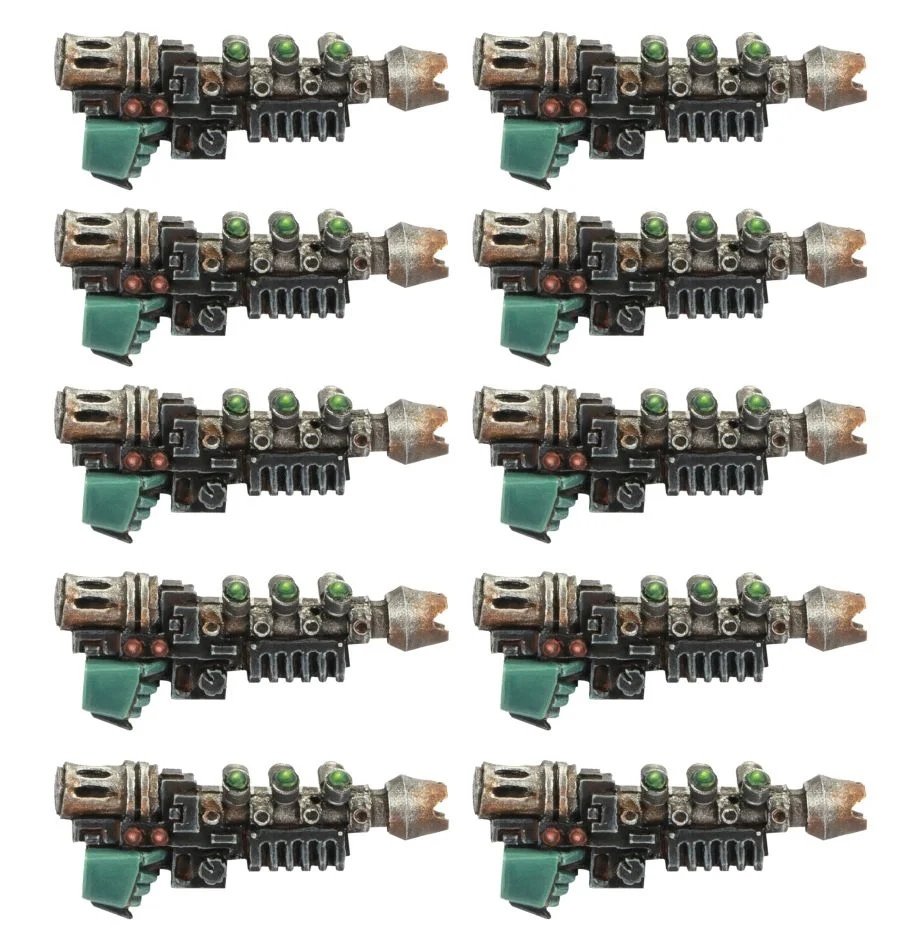 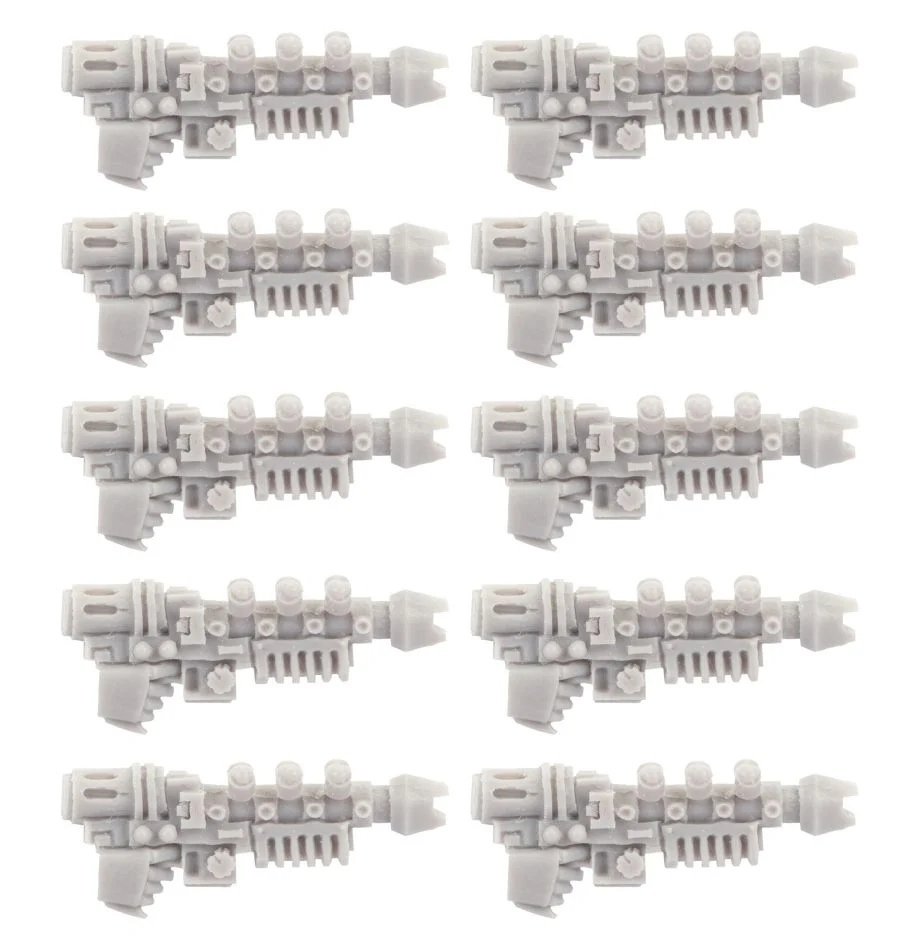 Graviton guns are a mystery to even the Tech-Priests of Mars – weapons from a lost age that can project gravity at an opponent, turning their very mass against them. This results in heavily armoured troops and constructs being crushed by gravity's invisible fist. So disorientating is the sudden shift in gravity that even those who survive the peculiar onslaught are left dazed as they recover from the intense pressures projected by this mysterious weapon.

Mainly used by Techmarines and Breacher squads, graviton guns are rare pieces of wargear in the armouries of any Legion. The Gorgon Terminators and Medusan Immortals of the Iron Hands are well known for their expertise in wielding these esoteric pieces of equipment.

This kit is supplied unpainted and requires assembly – we recommend using Citadel paints.