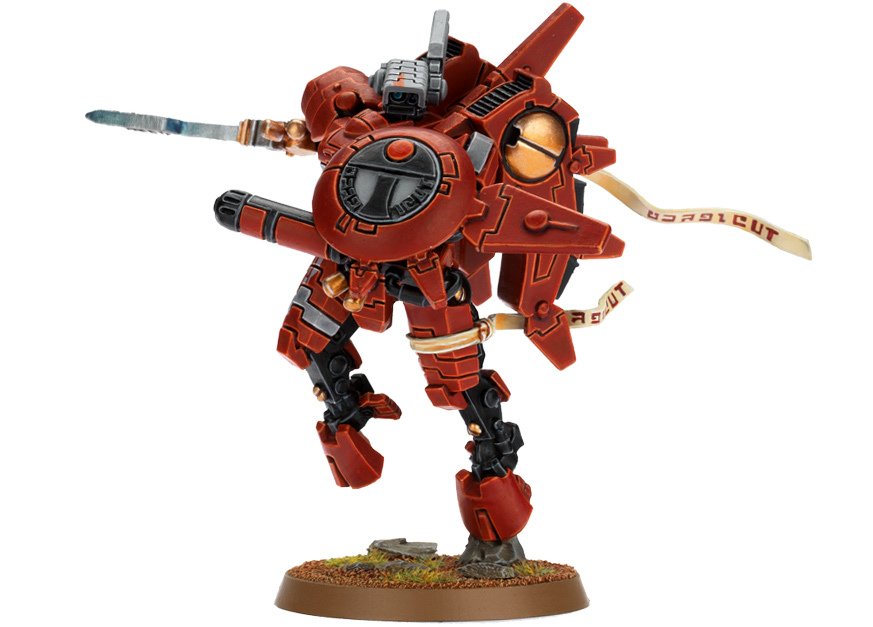 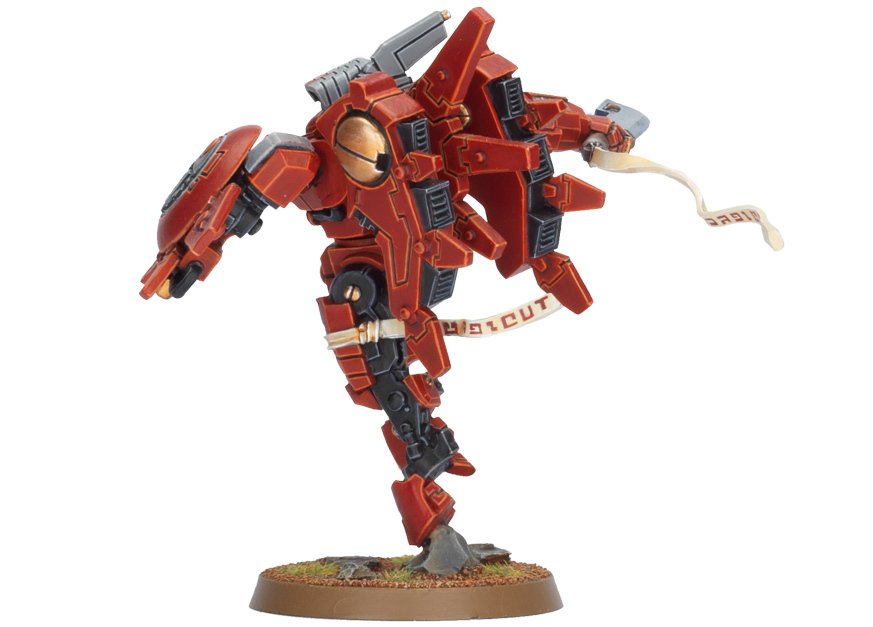 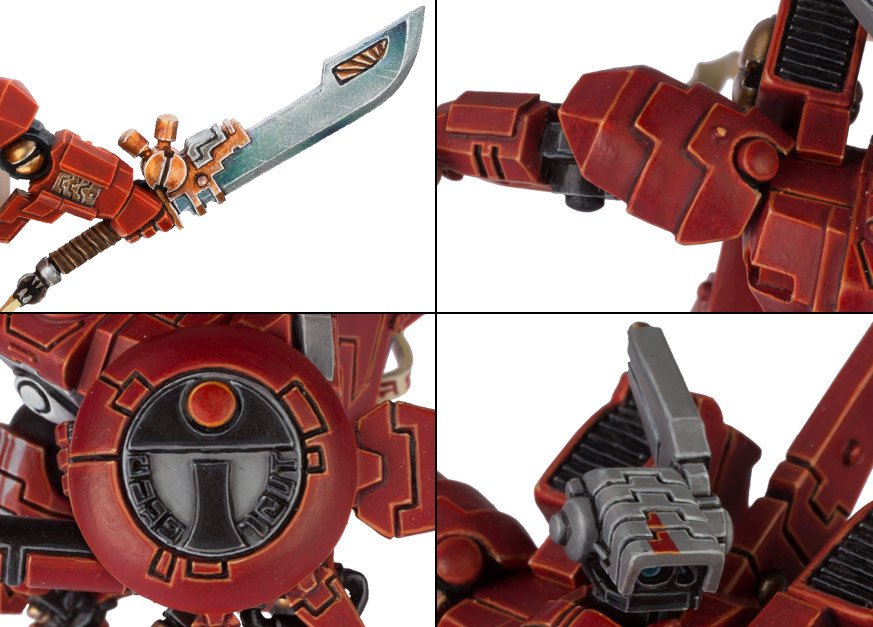 There is no figure in Tau history as divisive as Commander O'Shovah. The most famous warrior of Vior'la, Farsight's greatest victories were against the Orks on the oxide-desserts of Arkunahsa. It was his tactical brilliance that earned O'Shovah his famous title 'Farsight'. This exceptionally detailed Commander Farsight model comes in an extremely dynamic pose. Wearing a Crisis battlesuit and armed with a plasma rifle, he stands with one leg raised, his circular shield generator lifted on his left arm, and with his Dawn Blade out to his right. There are flowing strips of material on his thigh and back from the Dawn Blade to add to the sense of rapid movement. Though he bears the symbol of the Fire caste on his armour, he bears his own insignia on his shield generator, crisp in the detail of Citadel Finecast. This finely detailed resin kit contains 14 components with which to make Commander Farsight.