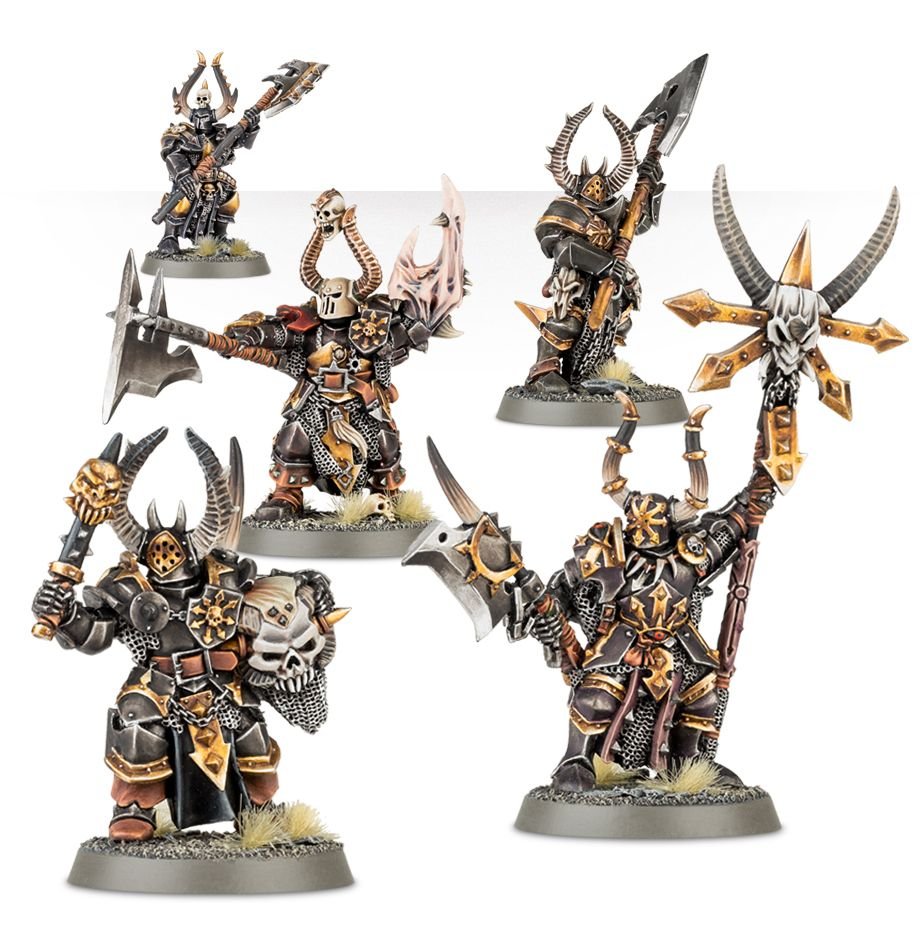 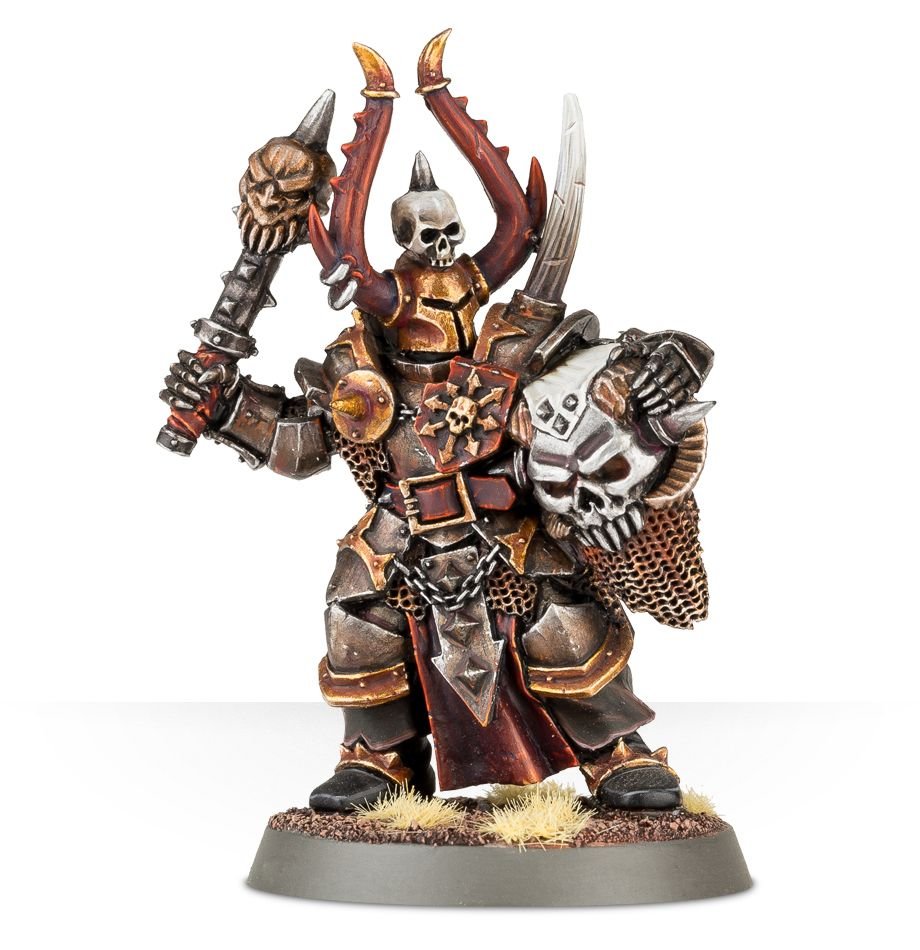 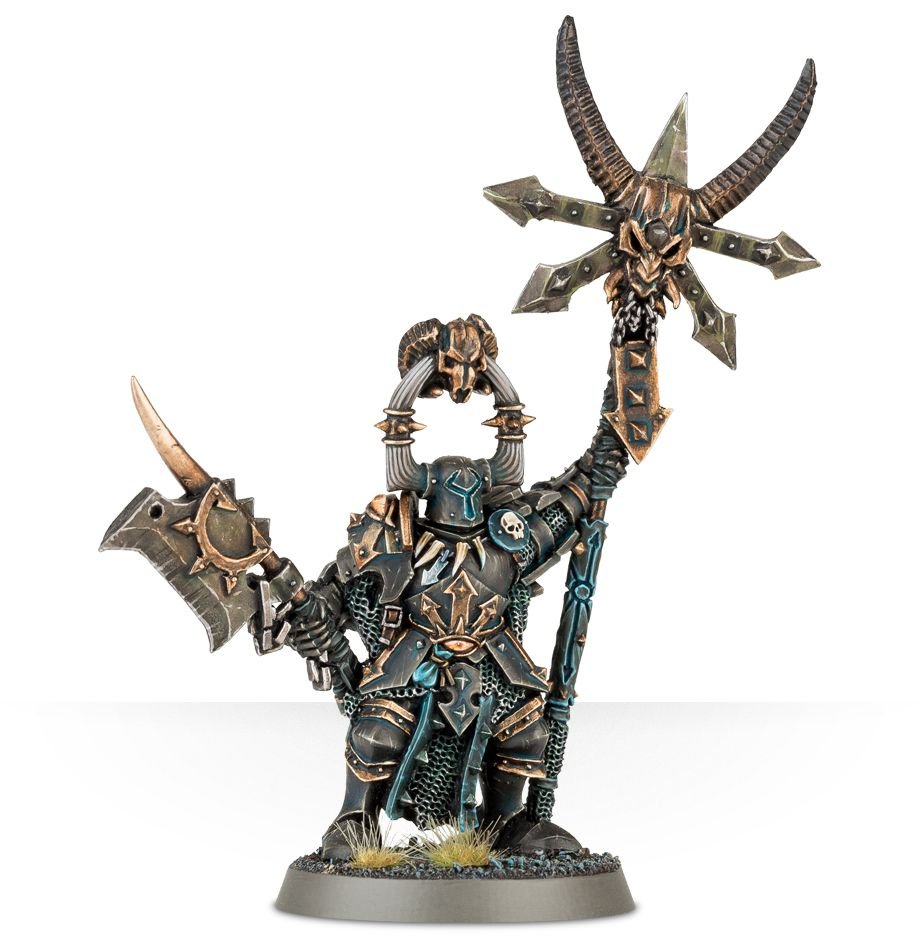 Amongst the ranks of the Chaos-worshipping hordes are those who have felt the eye of the gods upon them. Known simply as Chosen, these ironclad slaughterers form the inner circle of their lord’s warband. Every head claimed by their greataxes is met with a roar of bloodlust from those warriors nearby - for they too would become the Chosen of the gods.

This kit contains five Finecast Chaos Chosen, armed with Chaos greataxes, and includes components for an Exalted Champion, an icon bearer and a skull drummer. Supplied with five Citadel 32mm Round bases.