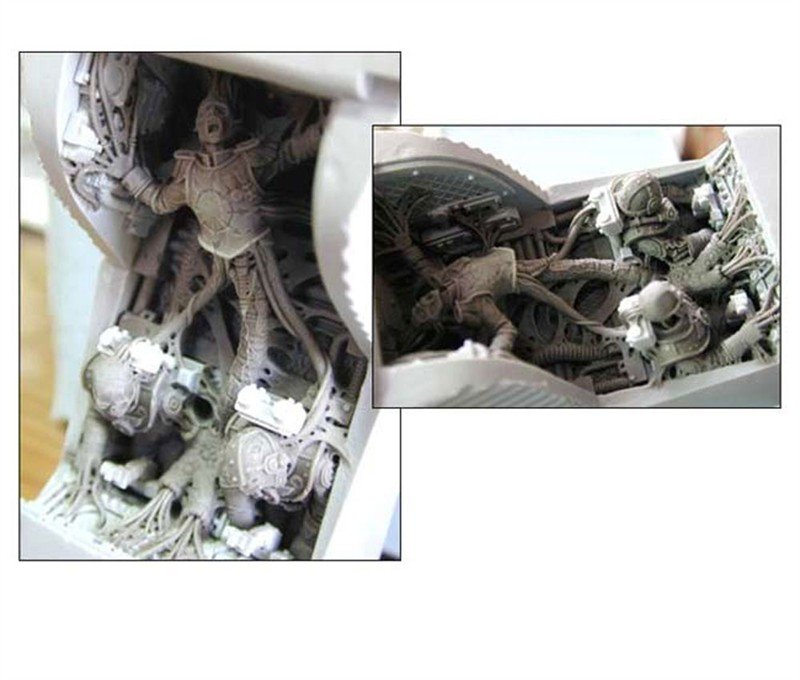 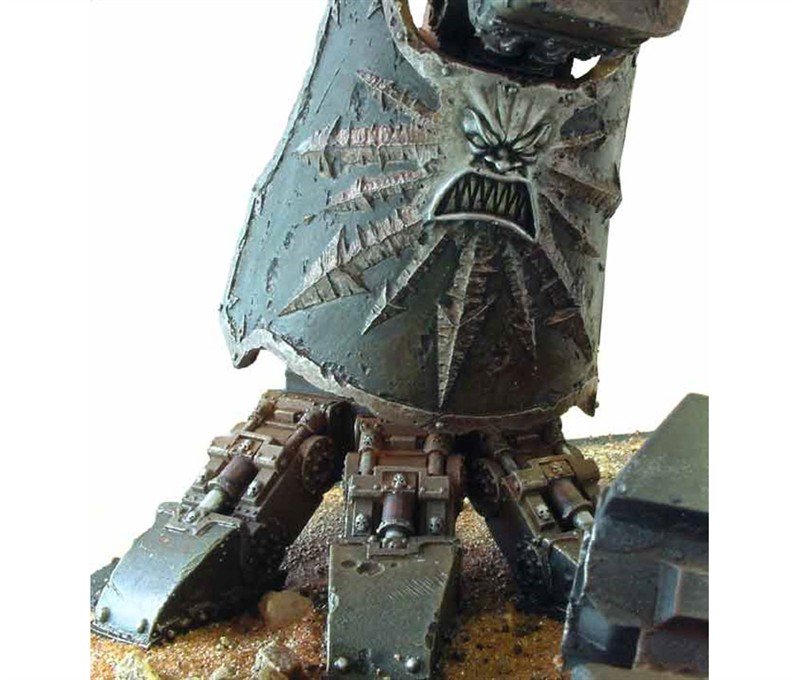 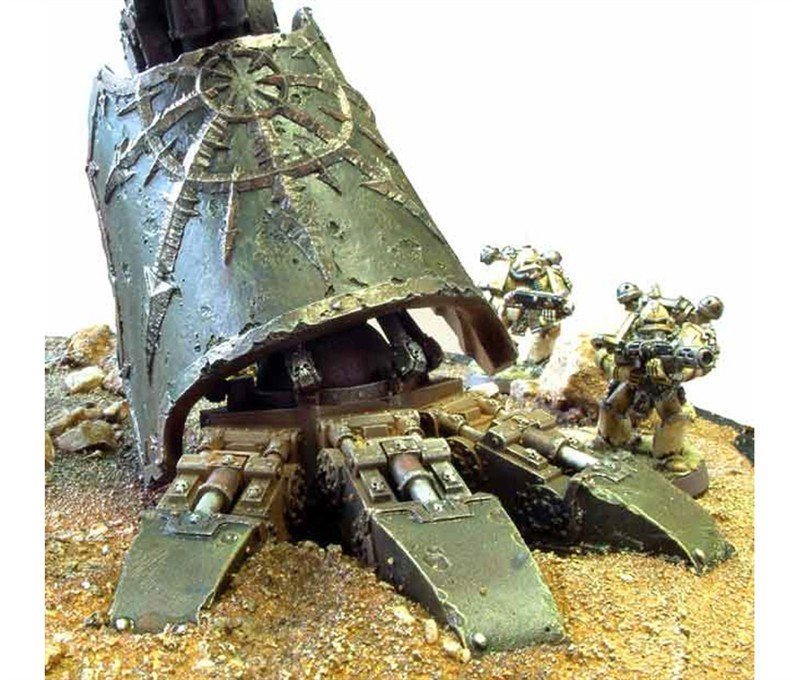 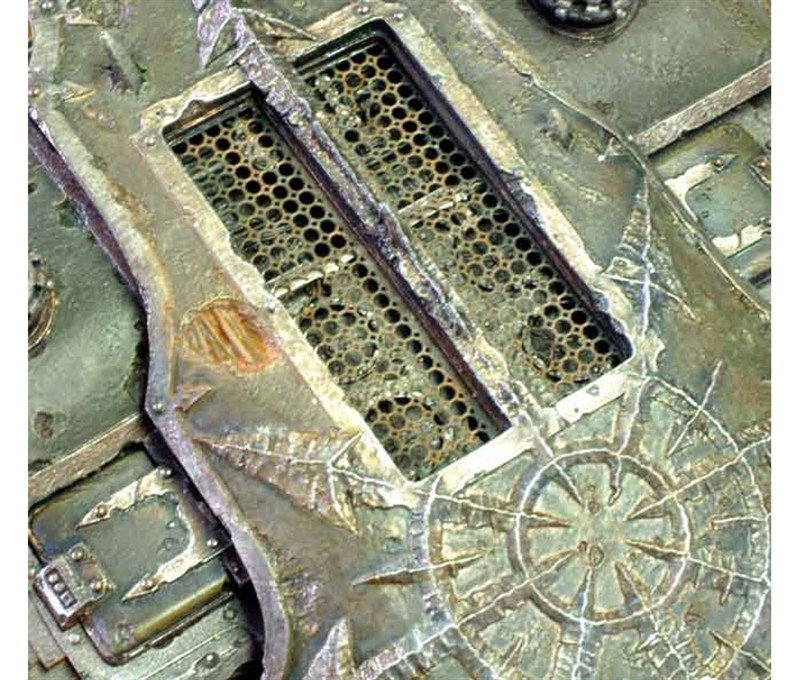 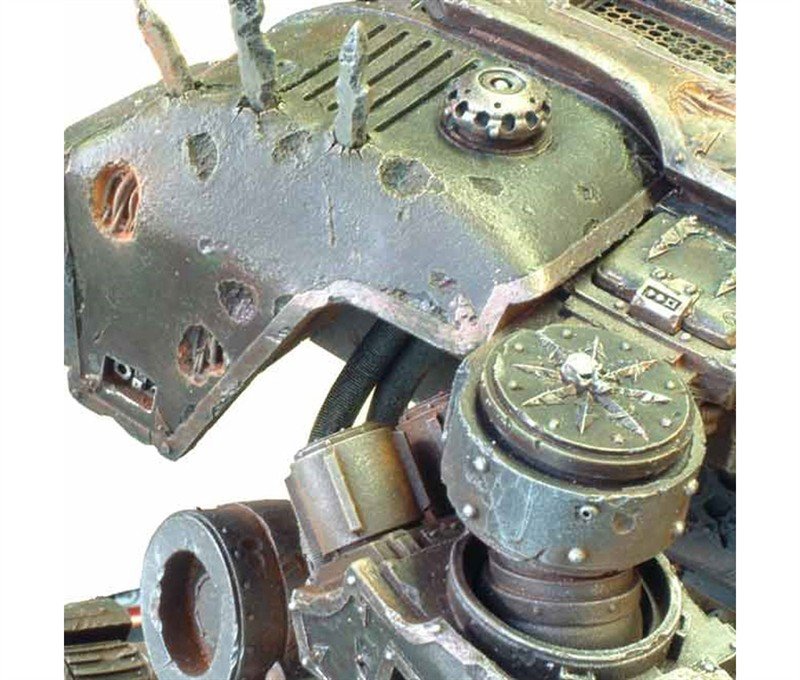 The bestial appearance of the Warhound Scout Titan is a measure of its purpose – it is a savage hunter, stalking the battlefields of the far future for prey to devastate. Those Titans that have been touched by Chaos become more feral and brutal still, daemonic possession and the mutating influence of the warp turning them into something very different from their erstwhile kin – yet every bit as dangerous.Though the smallest of the Titans used by the forces of Chaos, the Warhound still towers over infantry and armoured vehicles alike, using an astounding array of formidable weaponry to bring down its foes and claim more souls for the Dark Gods.A Chaos Warhound Scout Titan can be used in Warhammer 40,000 Chaos Space Marines and Chaos Daemons armies as a Lord of War choice. Its sheer size and devastating weapons options make it a threat to infantry and vehicles alike – even Imperial Knights will quake in fear before this behemoth.In games of The Horus Heresy, the Chaos Warhound Scout Titan is excellent for representing a Warhound fighting alongside Traitor forces.The Warhound Scout Titan can be equipped with a choice of weapon arms, each of which are available separately. These range from infantry-mulching Vulcan mega-bolters to Titan-killing turbo lasers, allowing you to customise your Titan to face any foe.Standing approximately 250mm/10.5” tall (depending on how the legs are constructed), the model is a complex one, and a high degree of modelling and painting skill is recommended.This resin kit contains 130 components with which to build one Chaos Warhound Scout Titan Body, including a head with interior cockpit detail. Weapons arms are available separately. The parts include six spikes that can be optionally added to the shoulder armour, as well as sheet of acetate to be used in finishing the grille on the front of the Titan's head.The kit also includes a guide to working with resin miniatures and a certificate of ownership.Please note that the base pictured is not included with the model.