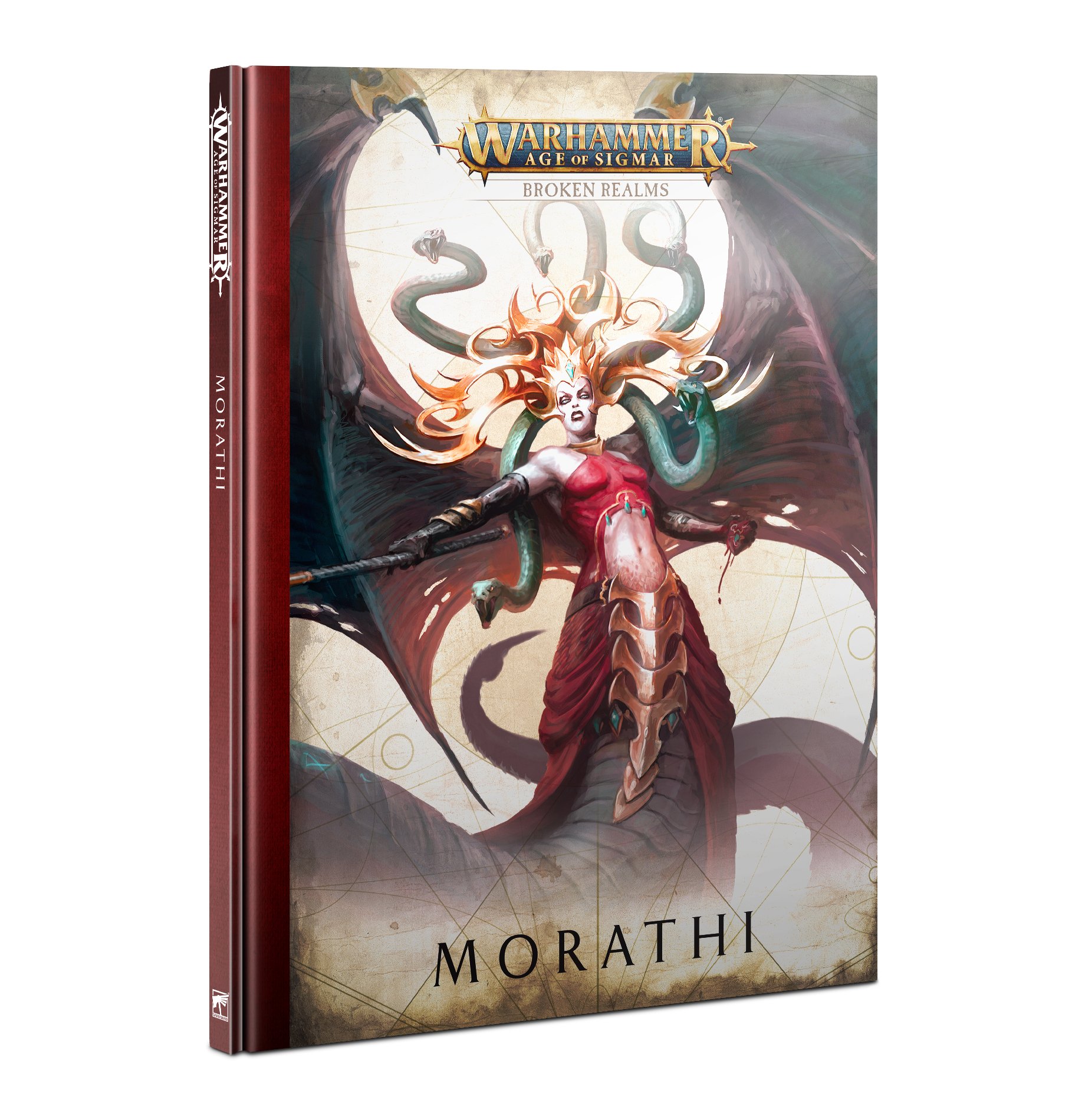 Morathi, High Oracle of Khaine, sets her sights upon the greatest prize of all – the power of a goddess! As furious war consumes the Mortal Realms, the shadow-wreathed empire of Hagg Nar makes its ambitious play for power. The cruel and boundlessly cunning Morathi, ruler of the Daughters of Khaine, desires to claim her rightful place as a goddess – but to do so she must sacrifice her past, forge bitter new foes, and spill the blood of rivals and allies alike!

The Mortal Realms will never be the same again. In Broken Realms: Morathi, a new era begins for Warhammer Age of Sigmar, bringing with it seismic shifts in the status quo, epic stories, and new rules for your army however you prefer to play. Part narrative supplement, part rulebook, this first Broken Realms book allows you to immerse yourself in the Mortal Realms fiercest conflict yet.Inside this 120-page hardback book, you’ll find:-The epic story of Morathi’s rise to godhood – and her betrayal of Sigmar! – illustrated with stunning new art.- New rules for Morathi herself, representing her new-found power, as well as a new Daughters of Khaine subfaction that offer Morathi’s personal guard of Sc?thborn powerful bonuses.- Two new sets of allegiance abilities for the Cities of Sigmar, representing the newly-annexed Anvilgard – now known as Har Kuron – and the shadowy domain of Misth?vn, each with their own abilities, artefacts, command traits, and more.- Rules for Stormkeep armies – defensive forces of Stormcast Eternals where unbreakable shieldwalls of Liberators fight side-by-side with human auxiliaries.- Significant updates to the Idoneth Deepkin, aimed at making your sea-beasts even more dangerous with Mount Traits and more.

- A suite of warscroll battalions to enhance your Cities of Sigmar, Stormcast Eternals, Daughters of Khaine, Slaves to Darkness, and Idoneth Deepkin armies.