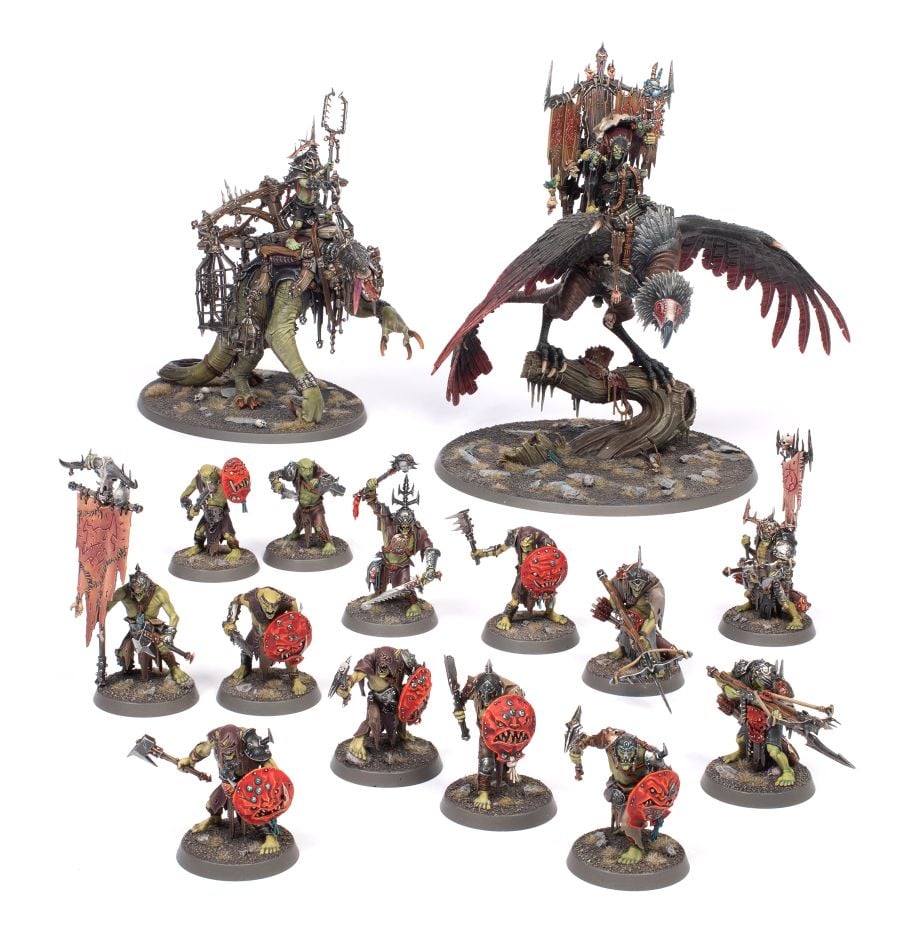 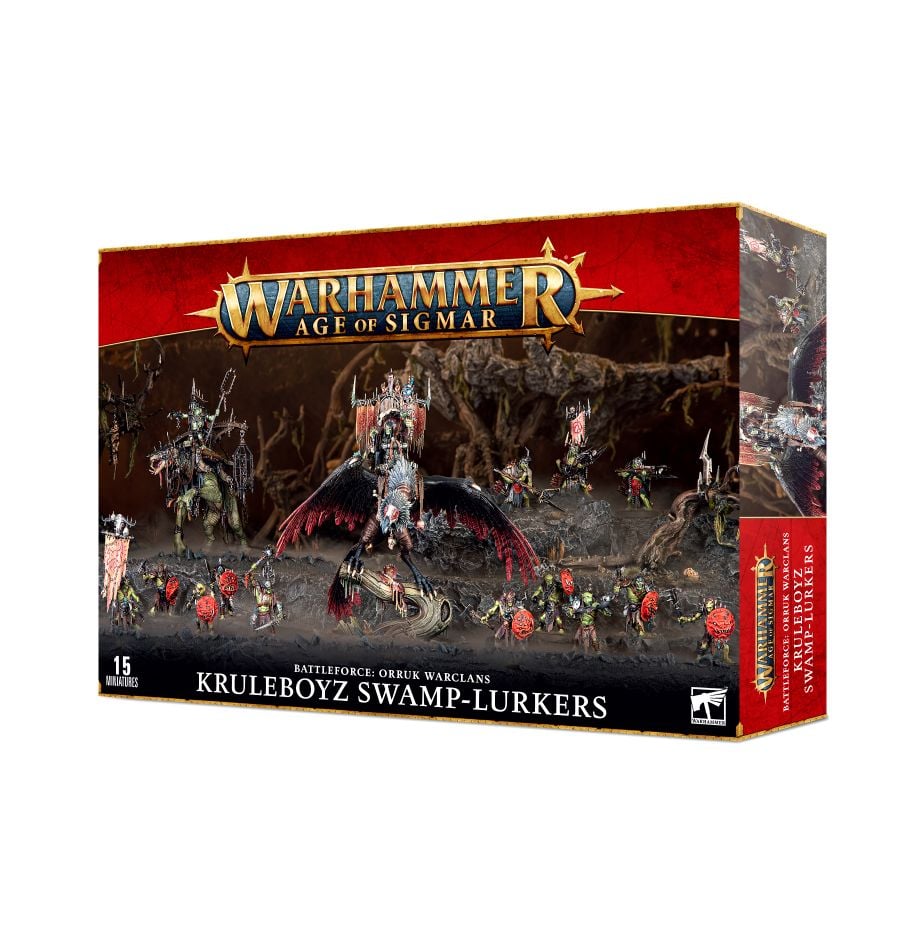 The Kruleboyz slink out from the foetid swamps of Ghur, spreading their aggression across the Mortal Realms. Led by the prophet Gobsprakk from atop Killabeak, his vicious Corpse-rippa Vulcha, the spears and blades of the Gutrippaz hack into hapless victims, while Man-skewer Boltboyz take care of mopping up the leftovers with barbed bolts, picking off anything that might threaten tamed monsters – such as the Sludgeraker Beast ridden by the infamous Swampboss Skumdrekk.

With two Heroes mounted on Monsters, a Battleline unit, and ranged support, this Battleforce boxed set is an ideal way to start a new Orruk Warclans project, or add to an existing collection with models that can be built in a variety of ways. The box includes 15 plastic miniatures for use in games of Warhammer Age of Sigmar, and will also save you money compared to buying the contents individually.

All models are supplied with their appropriate bases.