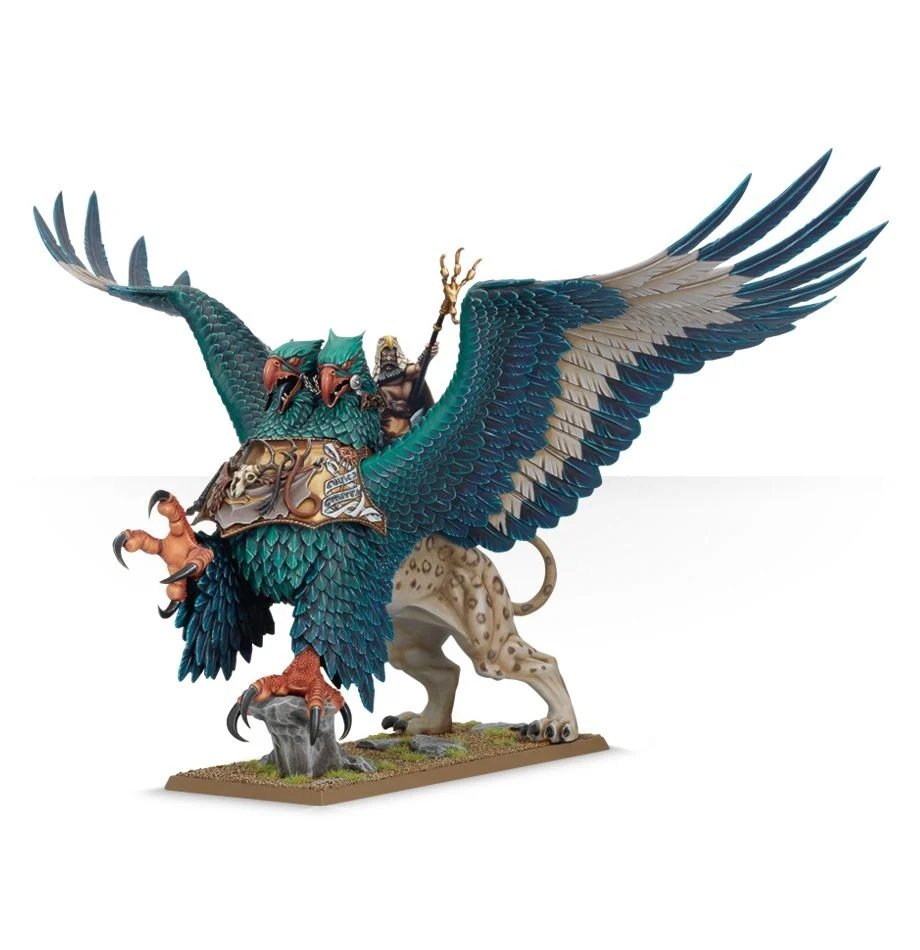 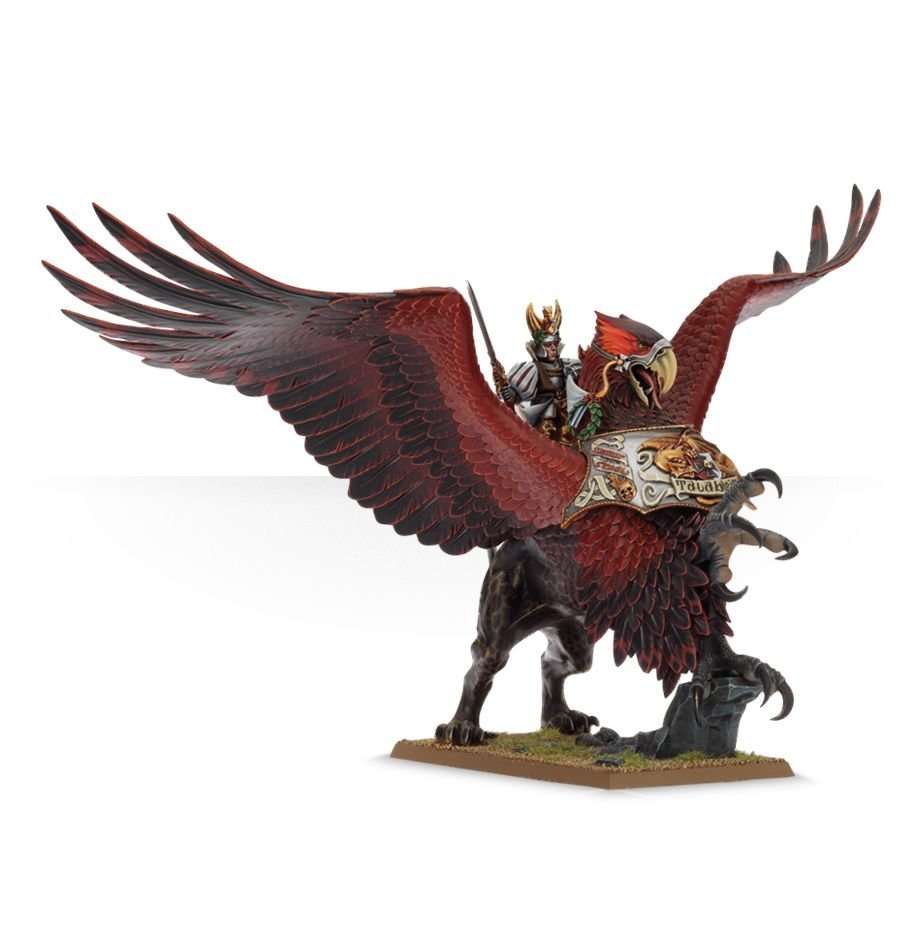 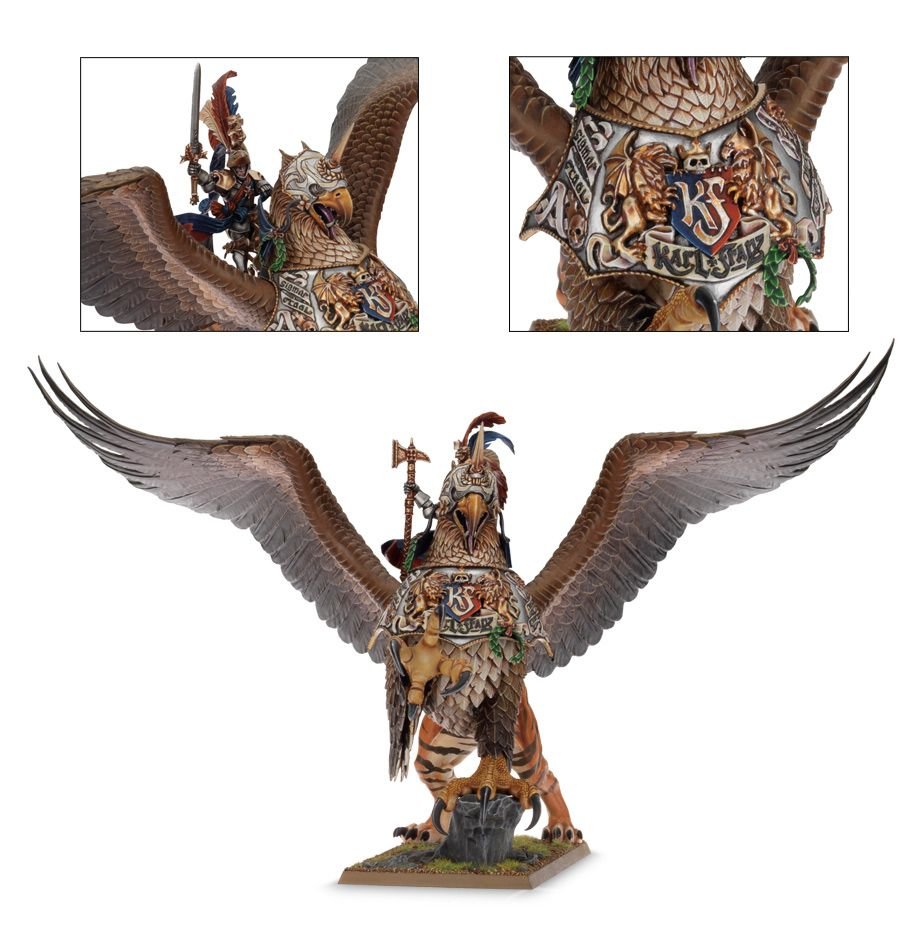 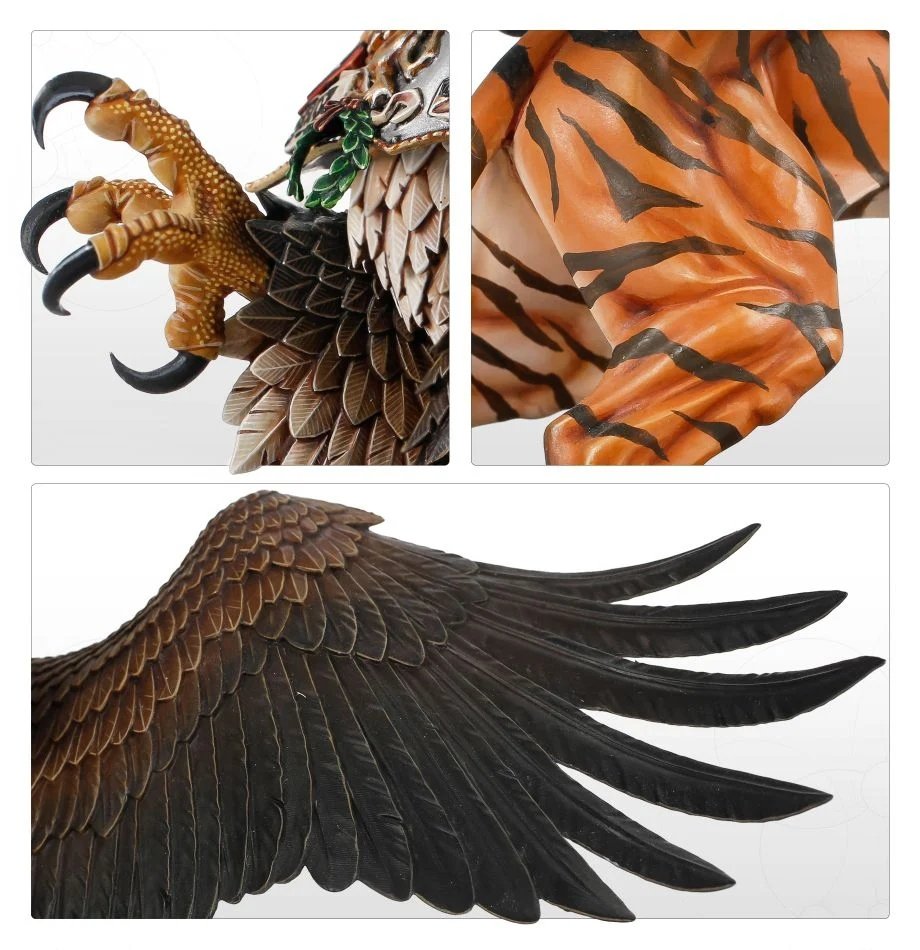 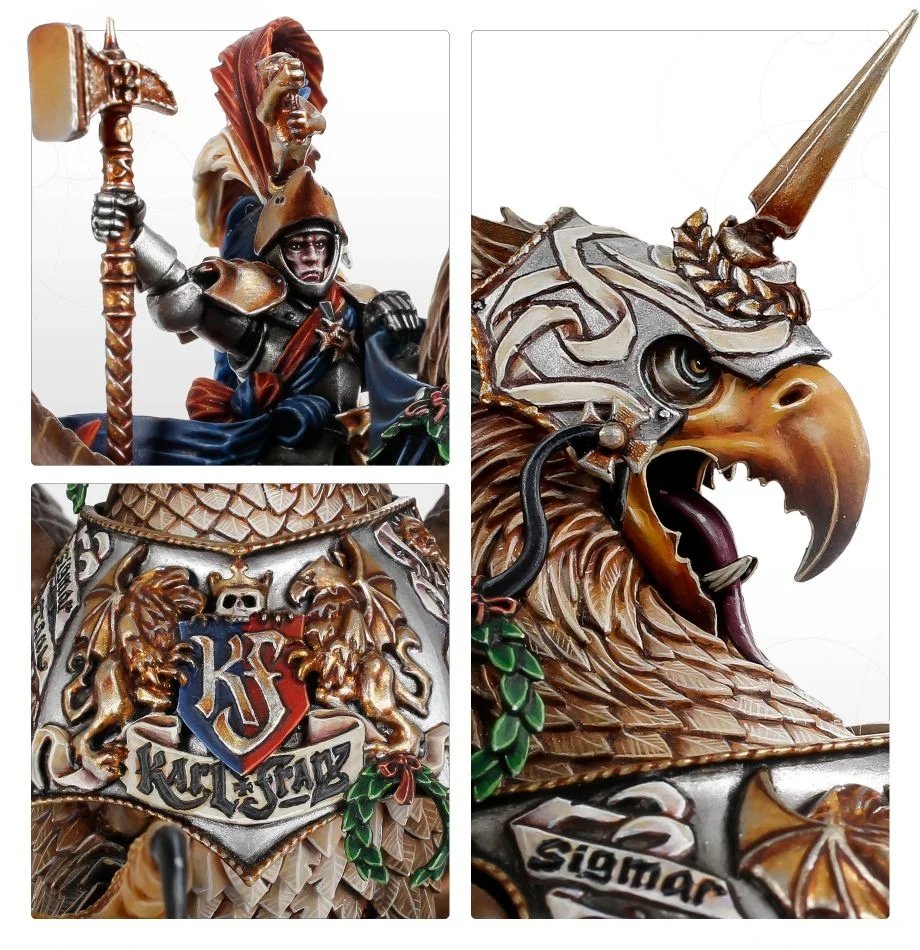 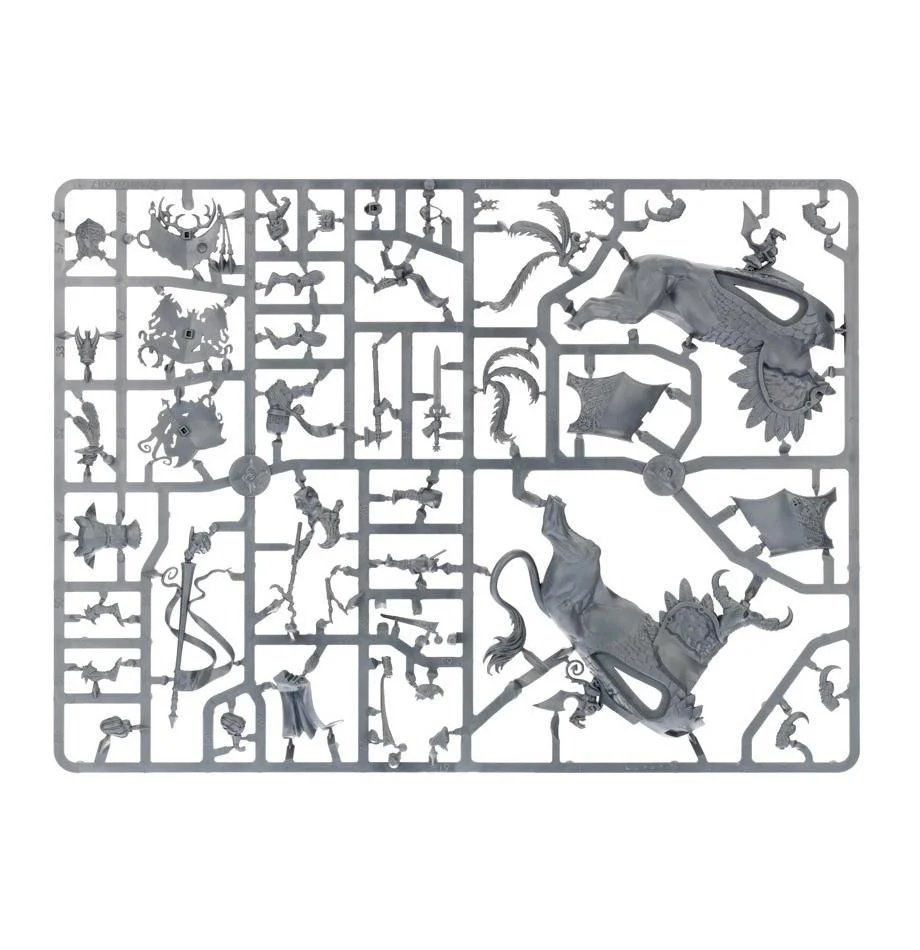 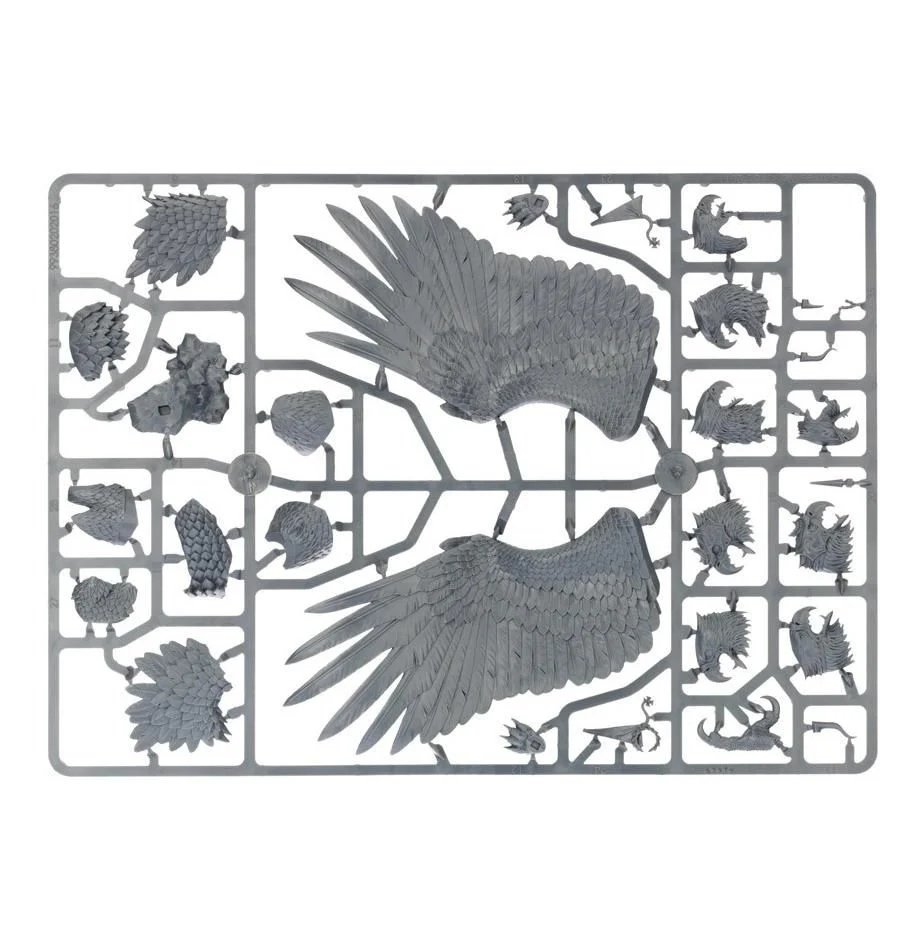 A Battle Wizard Lord who chooses to wield the lore of beasts is not only able to control devastating magical abilities but also harness the noble and terrifying Imperial Griffon. This combination can wreak devastation and mayhem amongst the enemy ranks.

This multi-part plastic kit is an ideal model to support your forces in battle with deadly magic. The Griffon itself is 6” high and has a mighty 9” wingspan when assembled and can be further customized by adding either the single unarmoured head or the pair of heads to represent the upgrade in the army list. It also includes an elaborate heraldic device, mounted across the Griffon’s chest, which includes skulls, totems and other bestial items that symbolize the magical wind of Ghur, the Lore of Beasts. The Battle Wizard is suitably savage in appearance, dressed in furs and adorned with primitive talismans he sits on top of an ornamental saddle on the Griffons back.

The kit contains 74 components in total, comes with a 50x100mm monster base and includes a scenic rock for the Griffon to stand on. The kit can also be used to assemble either Karl Franz on Deathclaw or a General of the Empire on Imperial Griffon and as such contains three riders, three Griffon head variants sand three crests for the armoured chest plate.