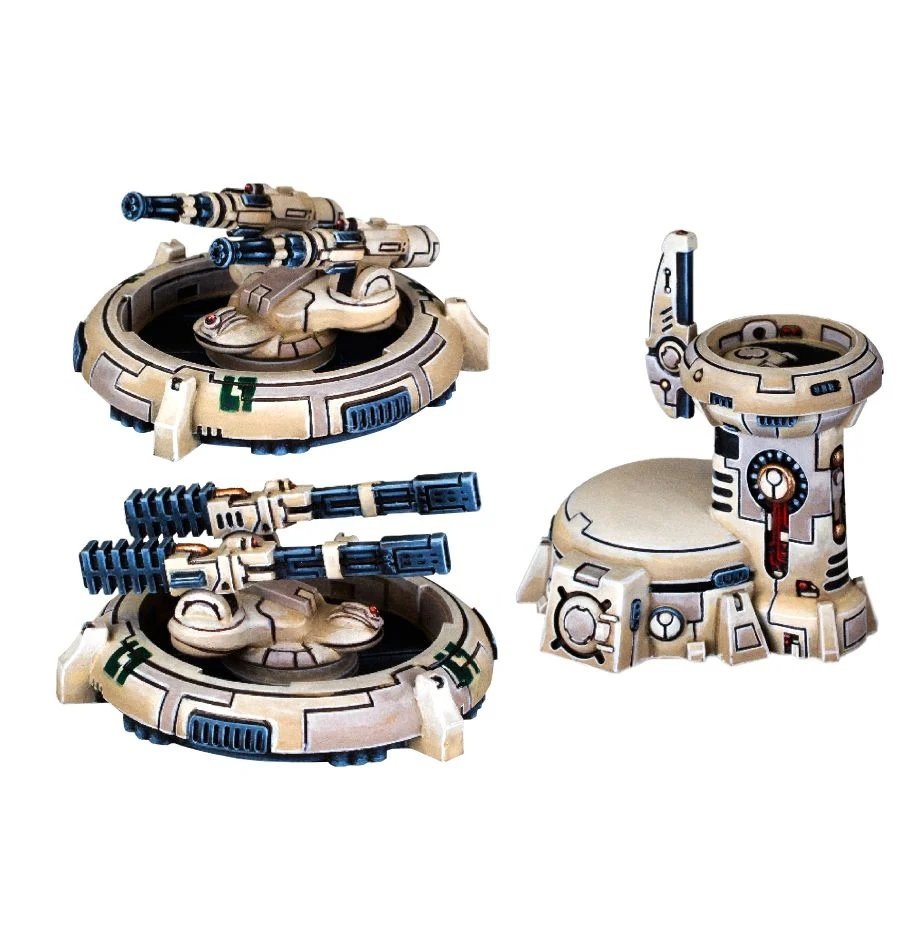 The advanced technology of the T’au race extends to all levels of the war effort, including ground-to-air gun batteries.

KV 129 Stormfury Platforms utilise drones to calculate the velocity and vector of enemy aircraft. Once a firing solution has been acquired, the twin rail gun array fires just once, more often than not smashing through the hull of a distant target with devastating effect.

KV 216 Skyfire Platforms also paint potential marks with roving bands of drones. Once a lock is sent back to the weapon emplacement, twin burst cannons saturate the area with deadly-accurate firepower.

This finely detailed resin kit allows you to build one of each type of ground weapon, including two round armoured bastions in which to house them, plus a T’au Air Caste Emplacement communications tower to be used as an objective during your games. All three of these resin kits feature the sleek aesthetics that characterise T’au technology.

Profiles for the two weapon emplacements are included. The full rules for using these miniatures in games of Aeronautica Imperialis can be found in the Taros Air War Campaign Book.