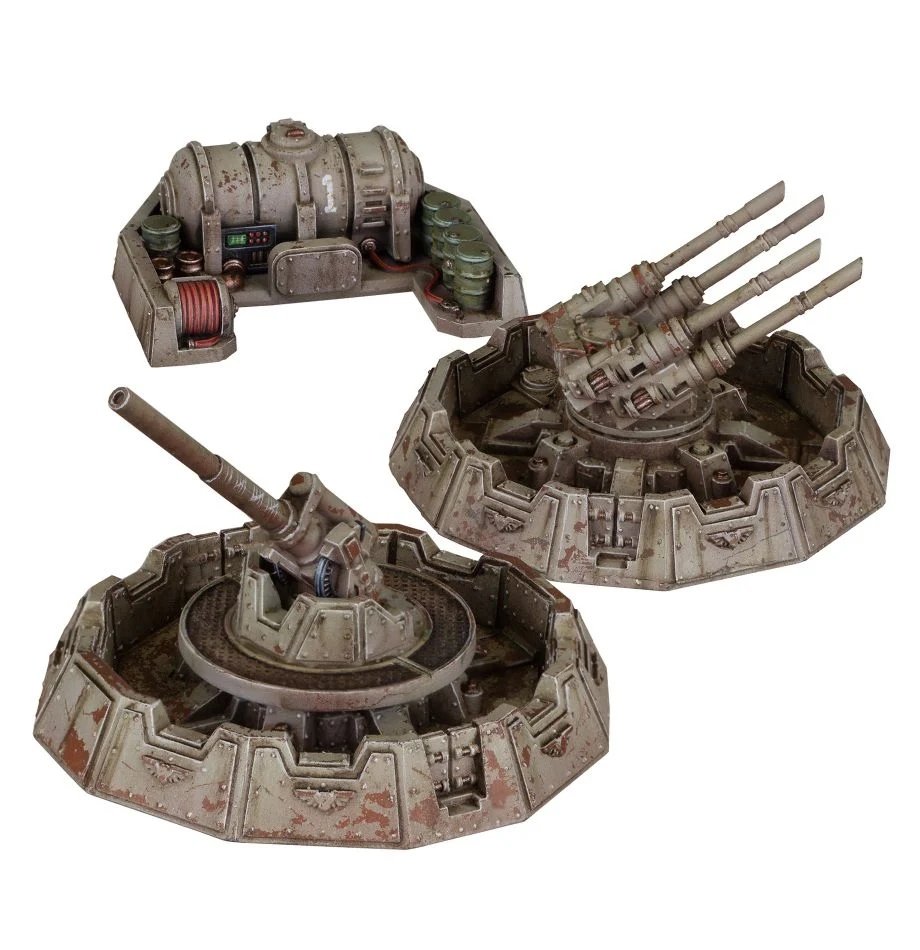 The Astra Militarum are rightly feared by the enemies of the Imperium for the quantity of their ground troops, and the quality of their ordnance. Where aircraft are set to operate, static ground-based weapons batteries will often be deployed in advance to protect vital assets and add to the fleet’s firepower.

Hydra flak batteries are common across Imperial war zones. The version used by the Astra Militarum can be erected quickly, and then dismantled and sent to the advancing front as needed. Their quad-barrelled cannons fill the skies with a storm of lethal shrapnel.Basilisk Anti-aircraft Emplacements hurl massive Earthshaker shells to saturate the air with clouds of burning debris, tearing apart airframes and smashing engines to bits. When deployed in clusters, an entire section of the sky becomes a near-impenetrable wall of deadly flak.This finely-detailed resin kit allows you to build one of each type of ground weapon, including two heavily-armoured bunkers in which to house them, plus a fuel depot to be used as an objective during your games. All three of these resin kits feature the rough-and-ready aesthetics of the Imperial Guard, visually distinct from the ground assets of the Imperial Navy.The set includes:- 1 resin Hydra flak battery- 1 resin Basilisk Anti-aircraft emplacement- 1 resin fuel depot

Profiles for the two weapon emplacements are included. The full rules for using these miniatures in games of Aeronautica Imperialis can be found in the Taros Air War Campaign Book.